The Amicus Brief filed by Mississippi’s “Magnolia Bar Association” was the only anti-civil rights brief filed in the Mississippi Supreme court in the case against the State’s new “HB2” Open Carry Law.  Their position is best summed up in their own words:

“Over the past two centuries, the right has also contained important limitations. Most notably, the right to bear arms was not enjoyed by all citizens until the late 20th century.

As a paramount matter, the right [to bear arms] has always been balanced against an overriding mandate to ensure the public safety. Further, for many decades, the right to bear arms was not allowed to African-Americans or to females.”

A nineteen year old African-American female then would not have in any way retained, enjoyed, or been able to exercise the “right to bear arms” in the earliest days of our State.

Nor were those enslaved in Mississippi treated with any measure of legal respect or rights, let alone the right to carry a pistol or sword with which they might protect themselves.
The opposite were true—that if a slave escaped, she would be hunted down. Indeed, state law at the time “expressly confers  the right; and the policy of the country, makes it the duty of every citizen to arrest a runaway slave.” Thompson v. Young, 1 George 17, 1855 WL 3957, *1 (Miss. Err. App. 1855). “It follows therefore, necessarily, that if any person, in essaying to capture  a runaway, shall meet with resistance, he may lawfully oppose force to force . . . .” Id.

Throughout the past 197 years, the Legislature has tightly controlled when a pistol or deadly weapon could be carried or used, and at all times was focused on maximizing the safety of the public and the public streets. Since 1880, when the precursor to the modern concealed carry law was first enacted, the Legislature has always banned carrying any deadly weapon when it was “concealed in whole or in part.” That public safety measure existed 133 years until eviscerated by HB2.

I encourage you to read their entire, despicable, brief. 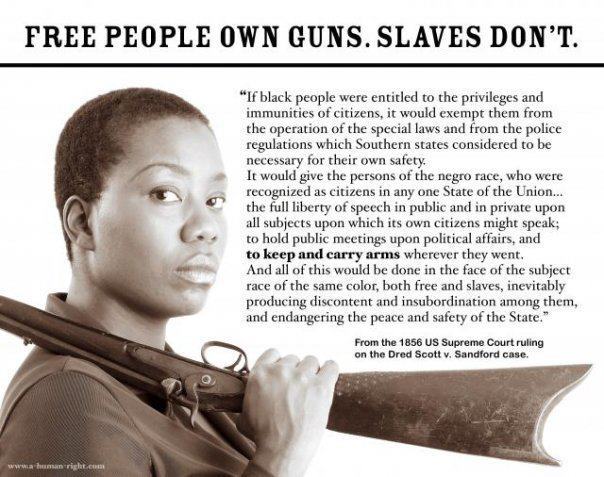 “Today, the Magnolia Bar Association has a membership of over a hundred Black lawyers, some who are serving as judges, city prosecutors, assistant district attorneys, assistant attorney generals, legal service counselors and in other positions, and many who are engaged in the private practice of law.” See here

Now they say that we should take away the rights that people enjoy today and return them to the status of slaves?

SHAME ON YOU MAGNOLIA BAR!