That does it – Tampa, you crossed the line.

Since 2010 Florida Carry members have been going fishing and lawfully open carrying in Florida. There has NEVER been a real problem until now.

Last weekend one of our members was detained for over an hour and had a trespass notice issued to him for an entire year from a public fishing area. His alleged indiscretion was that he is a gun owner, he was NOT breaking any law.

When officers of the Tampa Police Department realized that they could not arrest a member of Florida Carry, who has a carry license, for lawfully carrying an unconcealed firearm while fishing, after physically battering him, the Tampa PD trespassed him from the public park for one year.

This is the same park that we have often used as a venue for our MONTHLY Open Carry Fishing Events since 2010 and with the full knowledge of the City of Tampa. 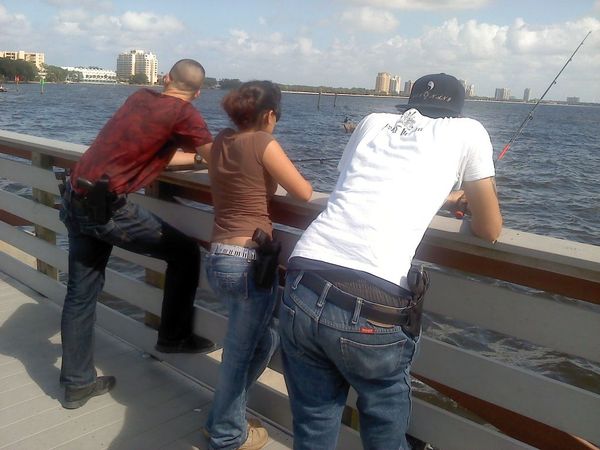 This is no more justifiable than trespassing a hunter for carrying a gun while lawfully hunting on public lands would be.  In fact, it is less justifiable because the abuse of our member was done in retaliation for his exercise of free speech, the right of assembly, the right of association, and the right to bear arms.

18 Responses to That does it – Tampa, you crossed the line.