Search the news today for the term “Game Changer”.  You’ll be rewarded with stories about, praise for, and attacks on Texas Gov. Rick Perry.

Fellow Texan and Tea Party favorite Rep. Dr. Ron Paul, after narrowly coming in second to Rep. Michele Bachmann in the Iowa Straw Poll, went on the offensive against Gov. Perry.  This may seem odd if you don’t know Ron Paul but it is completely logical for him.

Ron Paul first ran for President in 1988 as the Libertarian candidate.  He has remained stalwart in this dedication to the principles of limited government, limited foreign policy, and deregulating a gold backed dollar.  A decade ago Texas Monthly said this about Dr. Paul:

Imagine, for a moment, the perfect congressman. Though he works in Washington, D.C., a city of shameless opportunism, shifting allegiances, and flannel-mouthed pieties, he is both deeply principled and wholly uncompromised. He does not bend with the political winds. He does not take money from corporate PACs. Lobbyists cannot sway him; to try is a waste of time. He never bargains with his own deeply held beliefs, nor does he cut backroom deals.

His dogged adherence to his strict political philosophy often causes dismay among more pragmatic legislators and his own supporters.  In a perfect system, he would be a perfect candidate for the Presidency.  Our system is, unfortunately for all of us, less perfect.  Also, many republicans can not support his completely non-interventional foreign policy stance.  Some are quick to point out that non-interventional foreign policy lead to prolonging WWI & WWII and in the 90’s allowed genocide in Eastern Europe and Africa under President Clinton.

Gov. Rick Perry brings to the table many attributes that will better energize the Republican base while still giving Libertarian Conservatives a candidate they can support after the primary.  He shares many of Dr. Paul’s views on keeping taxes low to stimulate growth, limited government, and has basically conservative ideals, but he differs on some key issues.  Gov. Perry, a former Air Force Pilot, advocates for a strong military that can effectively “combat terror on their turf, not ours.”  Gov. Perry is also the author of Fed Up!, he says that Washington and the Federal Reserve are manipulating the economy with disastrous results but stops short of calling for a return to a gold backed financial system.

Rick Perry has executive experience as Governor of Texas which is something Ron Paul lacks but that is a mixed blessing.  Texas alone added about 1/2 of all jobs created in the United States over the past 10 years on his watch.  But there have been infrastructure and privatization projects that Gov. Perry pushed that may cause him some issues in the primary.

On the Second Amendment, both are resolute.  Gov. Perry announced that he would sign an open carry bill if it passed the Texas legislature.  No Governor anywhere has yet made such legislation a priority and bills in Texas, Oklahoma, Arkansas, and Florida all failed to land on Governor’s desks.

“I holler and the coyote stopped. I holler again. By this time I had taken my weapon out and charged it. It is now staring dead at me. Either me or the dog are in imminent danger. I did the appropriate thing and sent it to where coyotes go.”…
“He became mulch.”

Gov. Perry has consistently won endorsements from general aviation groups, flying farmers, and business aviation associations.  As a pilot he understands the complex nature of our air transport system and the needs of private pilots.   He famously fought against the TSA’s grope and fondle security measures right up to the point the TSA threatened to suspend airline service to the State.  (I think Ron Paul would have let air transit be shut down just to make his point). 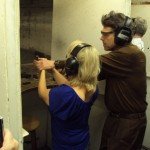 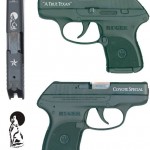 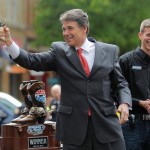 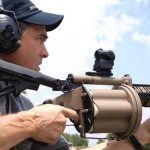 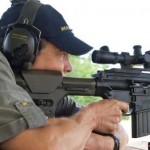 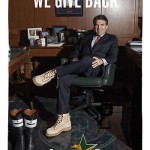 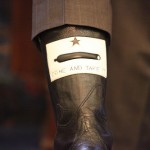 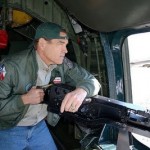