From The Pink Pistols 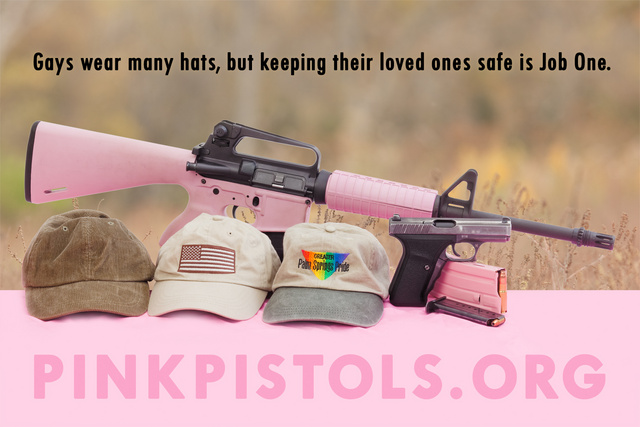 FOR IMMEDIATE RELEASE (Philadelphia, PA) June 12, 2016: Early Sunday, around 2AM Eastern Time, the Pulse nightclub in Orlando was attacked by an armed individual. Approximately 20 persons were killed and over double that wounded when the attacker, whom police have identified as Omar Mateen, a 29-year-old from Fort Pierce, FL, pushed his way into the club and opened fire on patrons. Weapons carried by Mateen are reported as an “assault-type” rifle, a handgun, and a suspected explosive device. UPDATE: Reports are that the death toll is around 50, with over 50 more wounded.

“It appears he was organized and well-prepared,” said Orlando Police Chief John Mina at a news conference on Sunday. Additionally, Orange County Sheriff Jerry Demings said “This is an incident … that we certainly classify as a domestic terror incident.” Authorities say the FBI is involved. Preliminary information reveals that Omar Mateen’s family is from Afghanistan, though Omar may have been born in the United States. His family is reported to be distraught at the actions and loss of their son.

Gwendolyn Patton, First Speaker of the Pink Pistols, an international GLBT self-defense organization, warns people not to jump immediately to the assailant’s guns as the object of blame, but to concentrate instead on Mateen’s violent acts. “The Pink Pistols gives condolences to all family and friends of those killed and injured at Pulse,” began Patton. “This is exactly the kind of heinous act that justifies our existence. At such a time of tragedy, let us not reach for the low-hanging fruit of blaming the killer’s guns. Let us stay focused on the fact that someone hated gay people so much they were ready to kill or injure so many. A human being did this. The human being’s tools are unimportant when compared to the bleakness of that person’s soul. I say again, GUNS did not do this. A human being did this, a dead human being. Our job now is not to demonize the man’s tools, but to condemn his acts and work to prevent such acts in the future.”

Patton’s concerns are that knee-jerk gun-control efforts may make preventing future events harder rather than easier, as only the law-abiding potential victims will be affected by such laws. “It is difficult, if not impossible, to foresee such an event,” continues Patton, “But if they cannot be prevented, then they must be stopped as fast as someone tries to start them.”

Some bars and other establishments that serve alcohol are difficult to protect because many states forbid the carrying of weapons where alcohol is served, but that just as one might have a designated driver who stays sober, one might have a designated carrier with a concealed-carry permit who goes armed and does not drink. “It’s sad that we must consider such things, but when there are persons out there who mean us harm, we must find ways to protect ourselves within the law.” Patton concludes.