Last weekend at GRPC 2012, I once again found myself carrying my super slim Springfield XDs .45 ACP.  The Panther Concealment F-Series IWB has become my go-to holster for concealed carry of this gun. 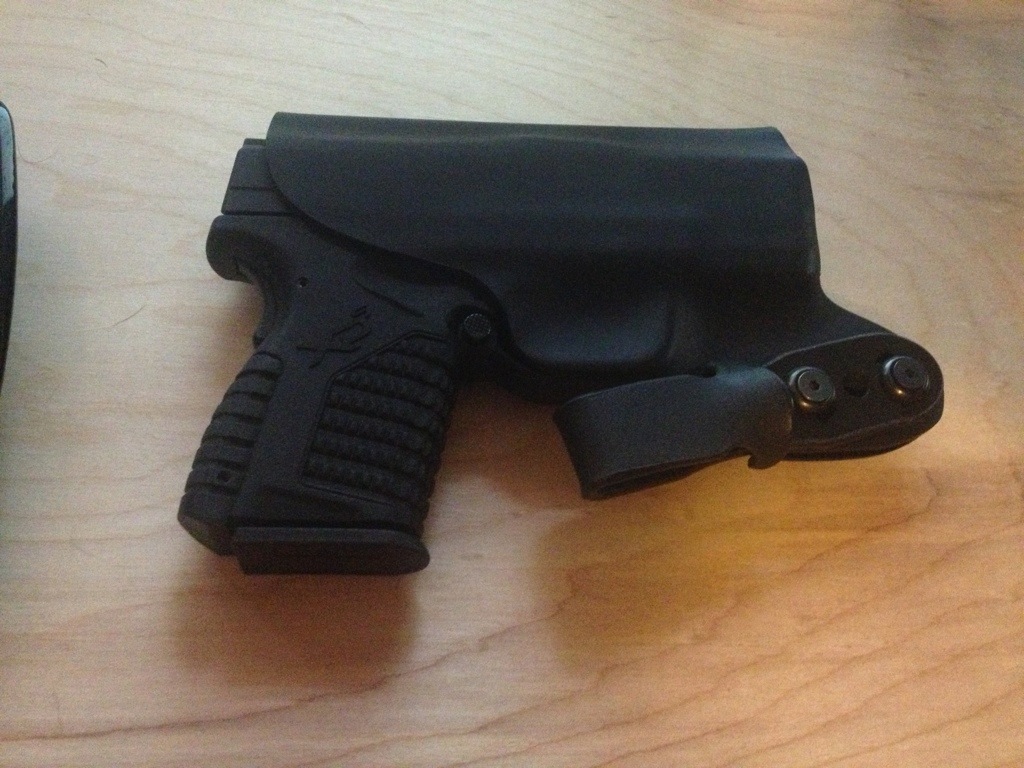 I’ve said before, the Panther holsters are perhaps the fastest holsters I’ve ever used.  I can also report that they are some of the most comfortable.  Carrying tucked or un-tucked, the gun just vanished.  The F-Series holsters are named for a man named Franklin.  Franklin, like me, likes a lot of cant in his holsters.  I carry somewhere between 4 and 5 o-clock so the extra cant provided by the adjustable talon clip puts the gun exactly where I need it for concealability and a good full firing grip on draw.

Carrying this gun in this holster is secure and desecrate but the holster looses none of the speed and comfort that makes me like their innovative OWB paddle holster so much and recommend it so often.

Who says you can’t get a great holster for $50 or less?