For a while now I’ve been looking for an accurate SR25 variant (AR type .308/7.62×51). I have been doing much drooling over the Larue Tactical 18″ barreled PredatOBR but the nearly$3,400 price tag put it a bit out of my current ballpark. Then someone mentioned a fairly new entry to the rifle market made by a company here in Florida that is probably better known for its airboat manufacturing business… Good Time Outdoors, Inc.

To gun owners, they are know as Core Rifle Systems.

The Core30 TAC LR is their flagship .308 and on paper at least, it has a lot going for it. 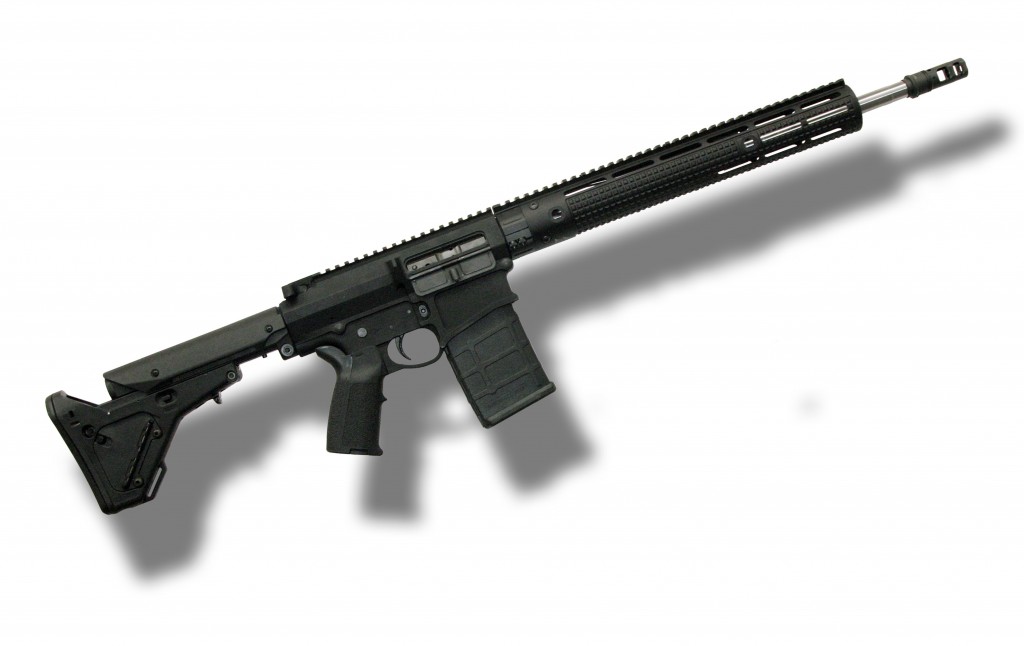 If I were building up my own .308 AR, these specs and components are almost exactly what I would be using.  With an MSRP of about $2,800 and a street price closer to $2,000 for a match grade rifle, the deal looked too good to ignore.  So, I ordered one. 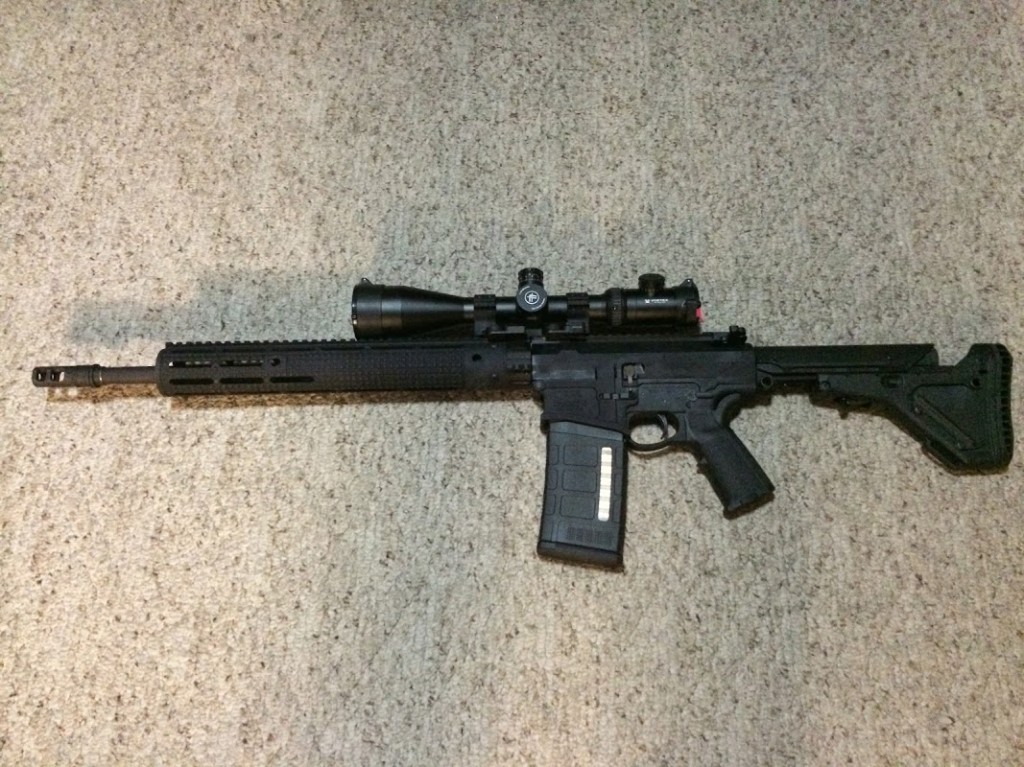 One of the first things that I noted as odd about the rifle is that it lacks the M4 style feed ramps cut in to the upper that I have seen in online reviews of this model.  It also has a black anodized barrel marked “C30 308 1/10”. The ones I have seen reviewed had a barrel with a stainless bead blasted finish. Personally I prefer the black finish but I wonder if this is the same match grade barrel that was advertised.  But as long as it shoots accurately and reliably, none of that matters much to me.  The lower is a work of art.

So, off to the range I went and it all came unraveled…  In the 25 total rounds fired I had about eight or nine stovepipe failures to eject. Accuracy was not all that great but that may have been completely my fault because I was constantly fighting malfunctions.  On the last incident, the next live round somehow rode up above the spent stove piped casing. This apparently bent the end of the gas tube down slightly.  So, not knowing that the tube was now bent, I clear the malfunction, lube up the rifle, and smack the bolt release.  The round chambers but the bolt does not go all the way forward.  Not good.

The gas key impacted the bent gas tube causing damage to the gas key on the BCG thus preventing the bolt from locking. 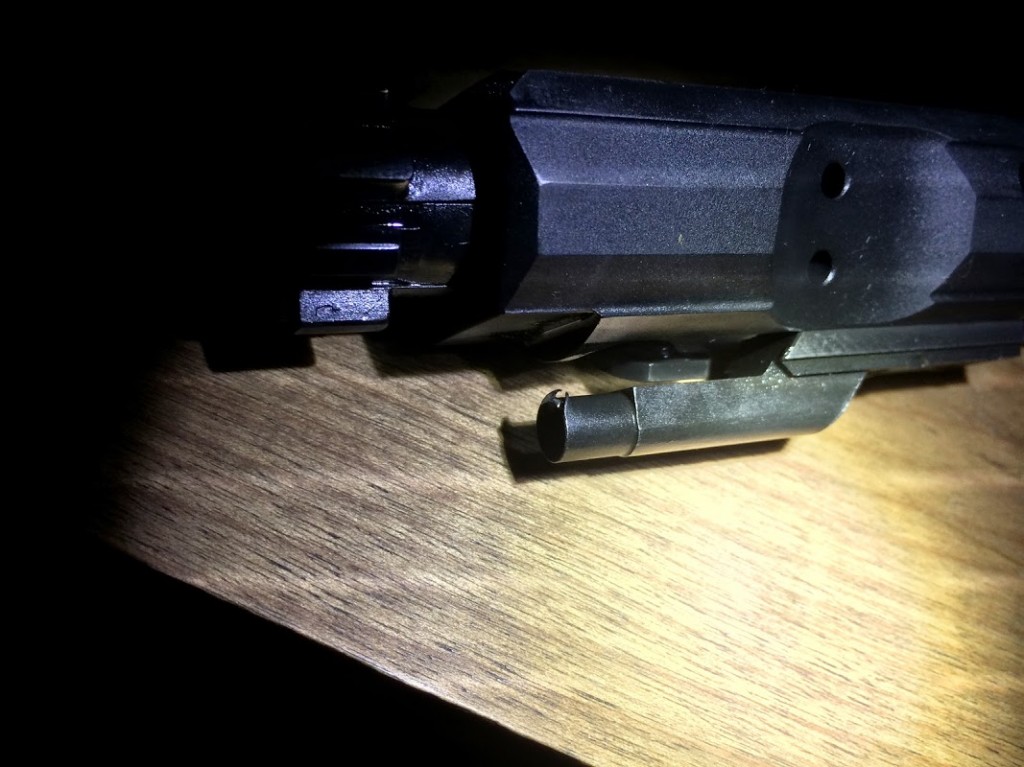 So I left the range with my new rifle’s busted BCG sitting in a pocket of my range bag and wondering what was wrong with the rifle that could cause this. 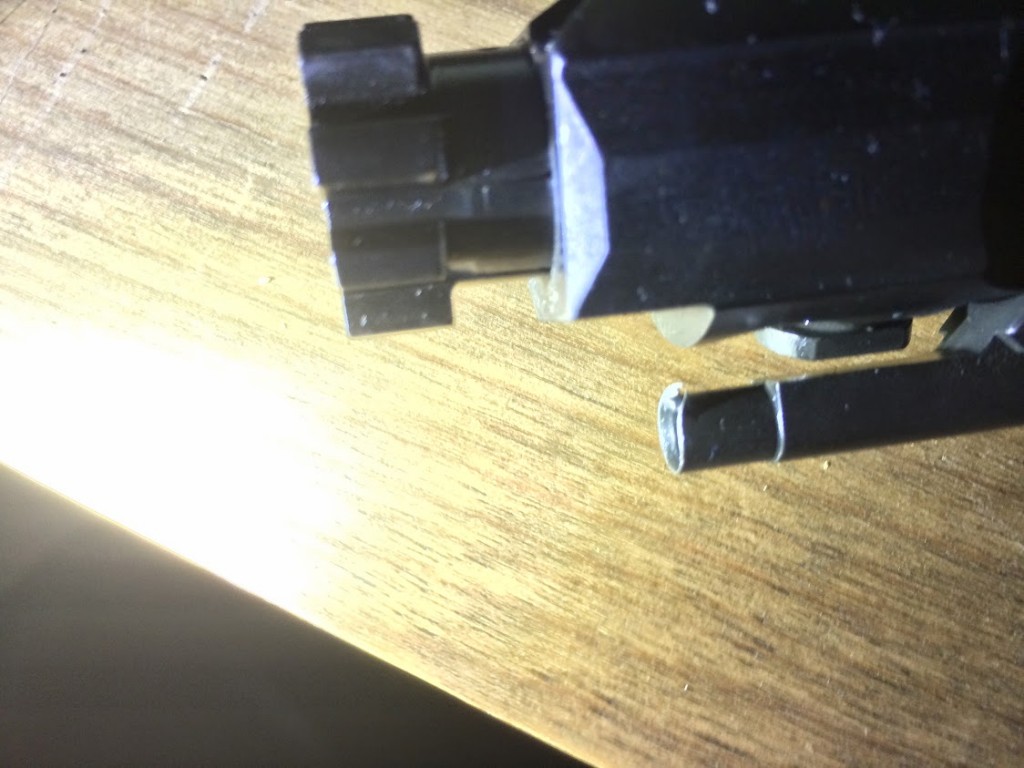 Looking down through the hand guard, it appears that the gas block is out of alignment. I suspect that this under gassed the gun causing the malfunctions that ended up damaging the gas system. The back of the charging handle was also gouged a bit by the rear of the gas key.

The forearm’s top rail T mark numbers also don’t match the upper receiver’s T mark numbers.  I assume that this is why the forearm’s T marks were blacked out.  Adding a small bit of insult to injury, all of the screws holding the top rail on to the hand guard also came loose. I rotated one of the screws the rest to the way out and it’s obvious that no thread locker (loctite) was used during assembly.  I took care of that in short order but really shouldn’t have needed to.  Nitpicky?  Maybe, but it’s a $2,800 rifle.  I expect better attention to detail, assembly and QC.

Now, this is not my first rodeo with getting a dud gun.  I’ve had bad out of the gate Colts, Springfields, Kel-Tecs. and Glocks that were all fixed right by the manufacturer and provided years of reliable service. (I sold the Kel-Tec but the new owner reports no issues.) What really matters most to me is how a company responds when things do go wrong.

I filled out Core’s online warranty claim form Sunday night and Monday morning I received an email from their warranty rep. with a reference number and the address to ship the rifle to.  They should get the rifle tomorrow.  Core is either about to make a customer for life or be written off as an expensive mistake that I’ll never make again.  I have high hopes though!

It really is a beautiful rifle.