While California Senator Dianne Feinstein was filing a bill in the U.S. Senate to ban millions of privately owned firearms, Florida Attorney General Pam Bondi’s office filed documents attempting to have the Florida Supreme Court prohibit a Florida appellate court from hearing the case of Dale Norman, a concealed carry licensee who was convicted of violating Florida’s ban on the unconcealed carry of firearms.

In Florida, it is generally unlawful to carry a firearm except under the state’s concealed carry licensing laws.  The Florida courts have consistently ruled that concealed carry is not a right protected by the Second Amendment, but only a privilege which is granted at the whim of the Legislature.

The County Court Judge who issued the lower court ruling in the Norman trial called the law “vague” and possibly unconstitutional.  He went on to certify the case’s constitutional issues as “Questions of Great Public Importance” to be reviewed directly by the 4th District Court of Appeals because they “affect millions of Floridians”. Subsequently a federal appellate court ruled in Moore v. Madigan that the Second Amendment’s guarantee of the Right to Bear Arms protects a person’s right to carry a firearm outside the home for self-defense and other lawful purposes.

The Florida Attorney General is now attempting to convince the Florida Supreme Court to prohibit a three-judge panel at the appellate court from exercising its jurisdiction to review the constitutionality of the “Open Carry” ban law and to review the judgment and sentencing imposed on Mr. Norman. 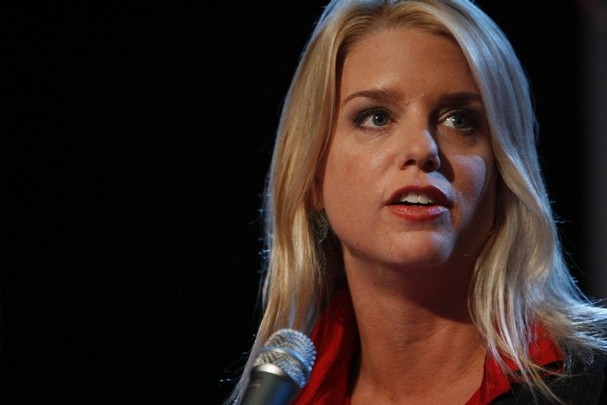 The applicable Florida rules of appellate procedure demand that “If the district court of appeal accepts the appeal, it will decide all issues that would have been subject to appeal…”.

“We have not seen a Florida Attorney General take such drastic anti-Second Amendment positions since 1987 when Bob Butterworth fought tooth and nail against concealed carry licensing”, said Florida Carry, Inc. Executive Director Sean Caranna.  “We’ve previously spoken to staffers at the highest level of Bondi’s office to be sure that they were aware of the impact this case has on the right to bear arms.  This is an attempted end-run around the Constitution that she swore an oath to protect.”

Why is the Attorney General devoting so many tax payer dollars to defending Dale’s $500 fine and misdemeanor criminal conviction for violating the Open Carry ban?  We truly hope that we are wrong, but it appears that upholding the Second Amendment is a bridge too far for Pam Bondi.

Dale Norman’s Attorney Eric J. Friday said, “We will continue to fight to ensure that Dale Norman gets his day in Court.  The lower court judge made it clear that he felt this case should be addressed by the DCA.  Since the Moore v. Madigan decision, there is no constitutional basis for Florida’s open carry ban.”

We at Florida Carry urge the Attorney General to withdraw this attack on the Right to Bear Arms and concede that the complete ban on carrying is unconstitutional.