Be careful where you carry, firearms preemption is only 1/2 the answer!

So, you have your Florida Concealed Weapon or Firearm License (CWFL) and you know that Florida preempts all firearms laws throughout the state so that you don’t accidentally break some ridiculous local ordinance and end up in the hoosegow for carrying your  weapon.  You have a license from the state and we fought hard to make preemption enforceable last legislative session!

Well, you are half right.  Your pistol won’t get you in trouble but your pocket knife could put you away for a MINIMUM of six months, cost you a cool grand, and yeah… they’ll take your knife too.

But wait!  I have a license from the state to carry that!  Yep you do, but not from Miami-Dade County and your assisted opening pocket knife just violated their laws. 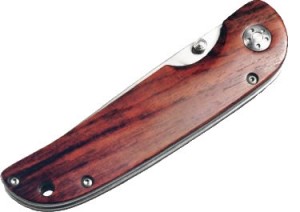 (a) Concealed dangerous weapons. It shall be unlawful for any person to wear under his clothes, or concealed about his person, or to display in a threatening manner any dangerous or deadly weapon including, but not by way of limitation, any pistol, revolver, slingshot, cross-knuckles or knuckles of lead, brass or other metal, or any bowie knife, razor, dirk, dagger, or any knife resembling a bowie knife, or any other dangerous or deadly weapon, except as hereinafter provided.

(b) Switch blades. It shall be unlawful for any person to sell, offer to sell, display, use, possess or carry any knife or knives having the appearance of a pocket knife, the blade or blades of which can be opened by a flick of a button, pressure on the handle, or other mechanical contrivance. Any such knife is hereby declared to be a dangerous or deadly weapon, within the meaning of subsection (a) and shall be subject to forfeiture to the County as provided by subsection (c).

These Florida pocket knife charges still go all the way to SCOTUS ever after the Florida Supreme court said that knives with a blade length of 3.75″ or less are common pocket knives.  See Bunkley v. Florida, 538 US 835 – Supreme Court (2003)

This gives us a bad mix of a patchwork of local laws and people thinking that they have a license that lets them carry the weapons that the license it good for statewide.  We need a preemption statute to cover our other carry weapons and knives.

Florida Carry had just started kicking around language for a bill when out of the blue, Florida Carry Board Member Richard Smith ran smack in to our friends at Knife Rights.  They just passed knife preemption in Arizona and are looking for help the rest of the states.

Time for round two of the preemption fight in FL.  Hold on tight, it’s gonna’ be a bumpy ride!