In 1954 the supreme court ruled that racial school segregation is unconstitutional, Boeing announced that it would make a jet-powered airliner, and a patent lawyer named George Sullivan had an idea to use plastics and lightweight metal alloys rather than wood and steel to make firearms.  He formed a small firearms design company and started working on prototypes to sell these designs to manufactures. While testing a lightweight bolt-action rifle prototype at a local shooting range in Southern California, Sullivan met 33-year-old machinist and inventor Eugene Stoner.  Stoner was hired on the spot to lead design at Armalite and soon afterward the first .30 caliber (7.62 mm) Armalite Rifle model 10 (AR-10) prototype was produced.

There were relatively few orders for the new rifle due in large part to the limited manufacturing capabilities of the new nine-person company.  Just three years later, in 1957, the design was changed to downscale the rifle to a faster but much lighter and less powerful .223 caliber (5.56mm) round at the request of Army General Willard G. Wyman. The AR–15 was born but there were still few customers.  The design was sold to Colt in 1959 who continued marketing and started tooling for manufacture. In 1961 Stoner left Armalite to consult for Colt and in 1963 Colt started selling semi-automatic civilian AR–15 rifles for $189.50 MSRP. 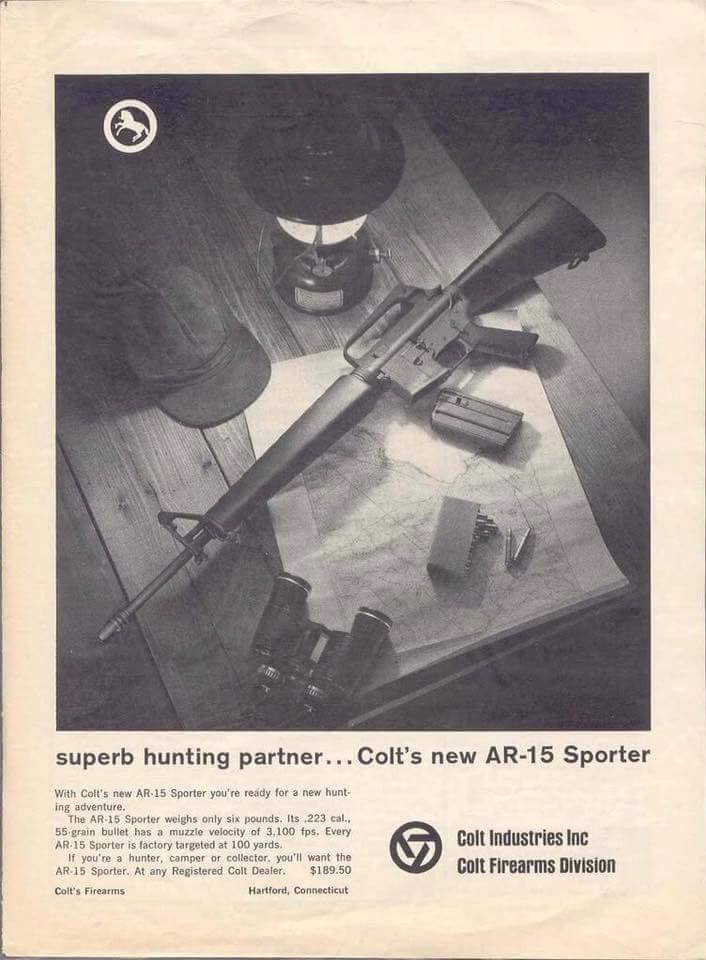 The Air Force was the first military branch to see advantages of the new lightweight, small caliber rifle. At the end of 1963 the fully automatic military version of the rifle was designated the M16 and entered limited military service with Air Force special operations units who used their own unit funds to procure the rifle.  In 1969 the Army adopted the M16A1 variant to replace most of its much heavier .30 cal. M14 rifles in use at the time.

In 1934 the National Firearms Act put strict limitations on who could own full-auto, military grade firearms and imposed a $200 transfer tax. Then in 1986 the manufacture and import (or modification) of full-auto firearms for civilian use was completely banned. As a result of these laws a pre-1986 full-auto civilian firearm generally costs well more than $20,000 and takes more than six months for government approval to transfer ownership.

Most of the patents on the AR–15 expired in the 1970s and hundreds of firearms manufacturers now produce AR type rifles in a multitude of calibers and configurations.  Countless other companies make all manner of accessories for the AR platform. Today an AR will cost you anywhere from $215 to over $5,000, depending on its caliber and configuration, with the most common versions selling for $600 to $1,600. Estimates of the number of civilian-owned AR–15 rifles in the United States vary from 5-million to more than 12-million.  Regardless of what estimate is accurate, it is indisputably one of the most popular civilian rifles of all time.  Much of its popularity derives from its flexibility as a rifle platform. 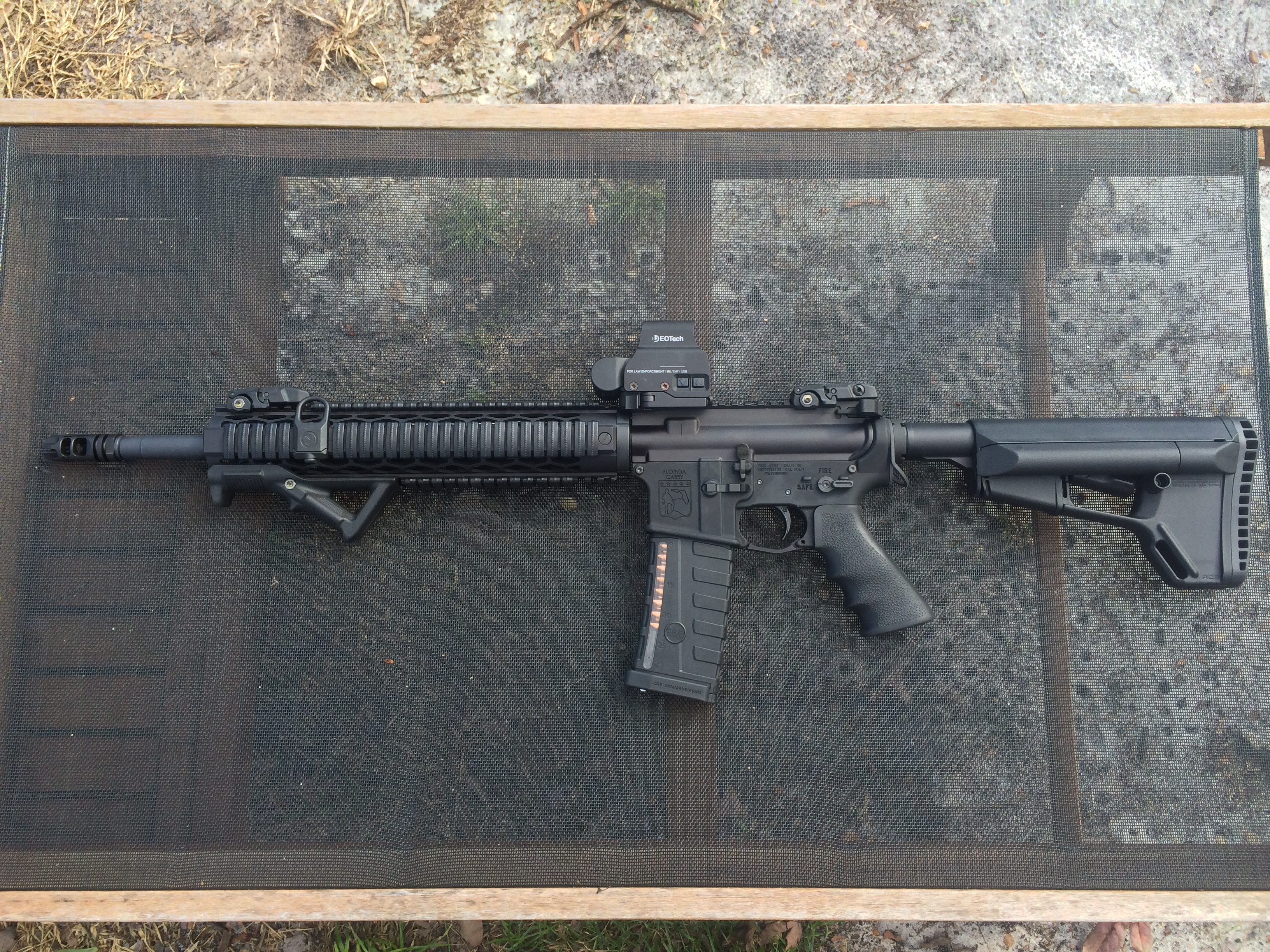 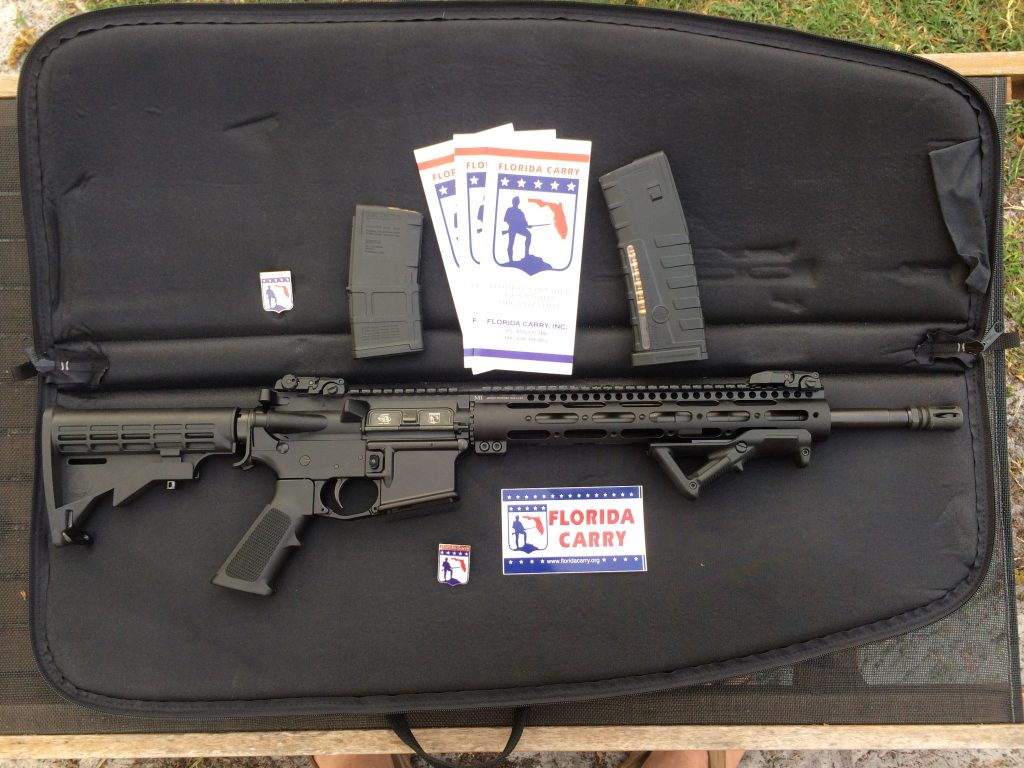 The AR is a modular rifle.  Home defense, competition, precision shooting, plinking, hunting, varmint and predator control, personal protection, you name it… there’s a combination of caliber, optics, sights, grips, bipods, triggers, and other accessories that will allow you to tailor your AR to your exact needs.  It doesn’t matter if you’re a law enforcement officer who has to purchase your own patrol rifle, a homeowner looking for a rifle for the defense of your family from criminals, a hunter harvesting feral hog or deer to put meat on your table, or a disabled person for whom the superior ergonomics and soft recoil of the AR–15 just work better, the AR can be adapted to your needs without breaking the bank.  Firearms are not marshmallow launchers. They are useless if they are not effective for their intended purpose. The strength of the AR platform is its adaptability to a multitude of purposes. Today even bolt-action rifles and shotguns often use common AR components to improve their ergonomics and safety. In order to capitalize on newer enhancements made available on the civilian market, the military has largely replaced or updated the M16 in favor of the more adaptable M4 configuration of the fully automatic AR. 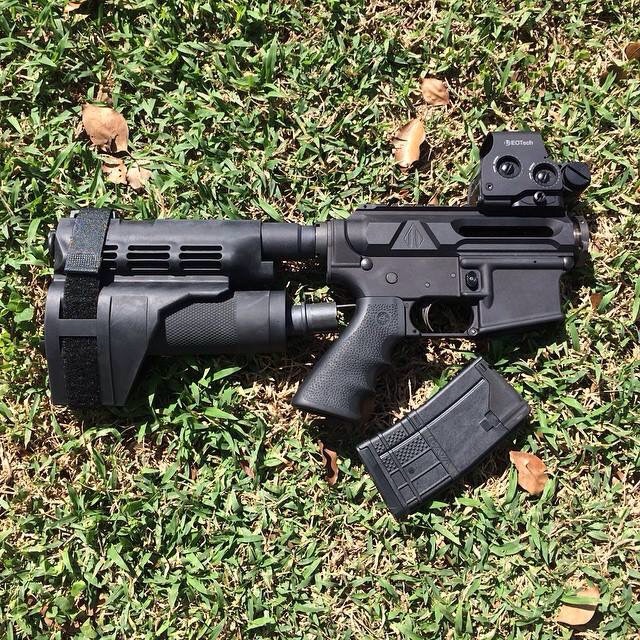 The days of the AR’s base design as a mainstay military rifle may be numbered.

The AR now IS your grandpa’s rifle. The 64-year-old design is showing its age in military service when compared to newer civilian rifles.  This has spurred a number of proposals for reliability upgrades and replacement programs. In 2013 the Army prematurely ended a program to select an outright replacement for the M16/M4 due to complaints from Washington that the military should not be purchasing improved rifles for our troops during a planned force reduction. As a result, once again many special operations units are using their own unit funds to procure non-AR based, full-auto, military versions of some of the newer and more reliable civilian semi-auto firearms on the market. All of them use design elements pioneered by the original AR-10 all those years ago. From the first Army muskets procured in 1775 to today, the military has looked to the civilian firearms market for the next generation of the standard issue military rifle. Today is no different, the new and improved rifles being considered by our armed forces are automatic firing versions of today’s civilian rifle. The term “Military Grade Assault Weapon” was coined to prey on ignorance and sound scary.  It is nothing more than a lie… You can’t buy a modern full-auto “Military Grade” rifle.