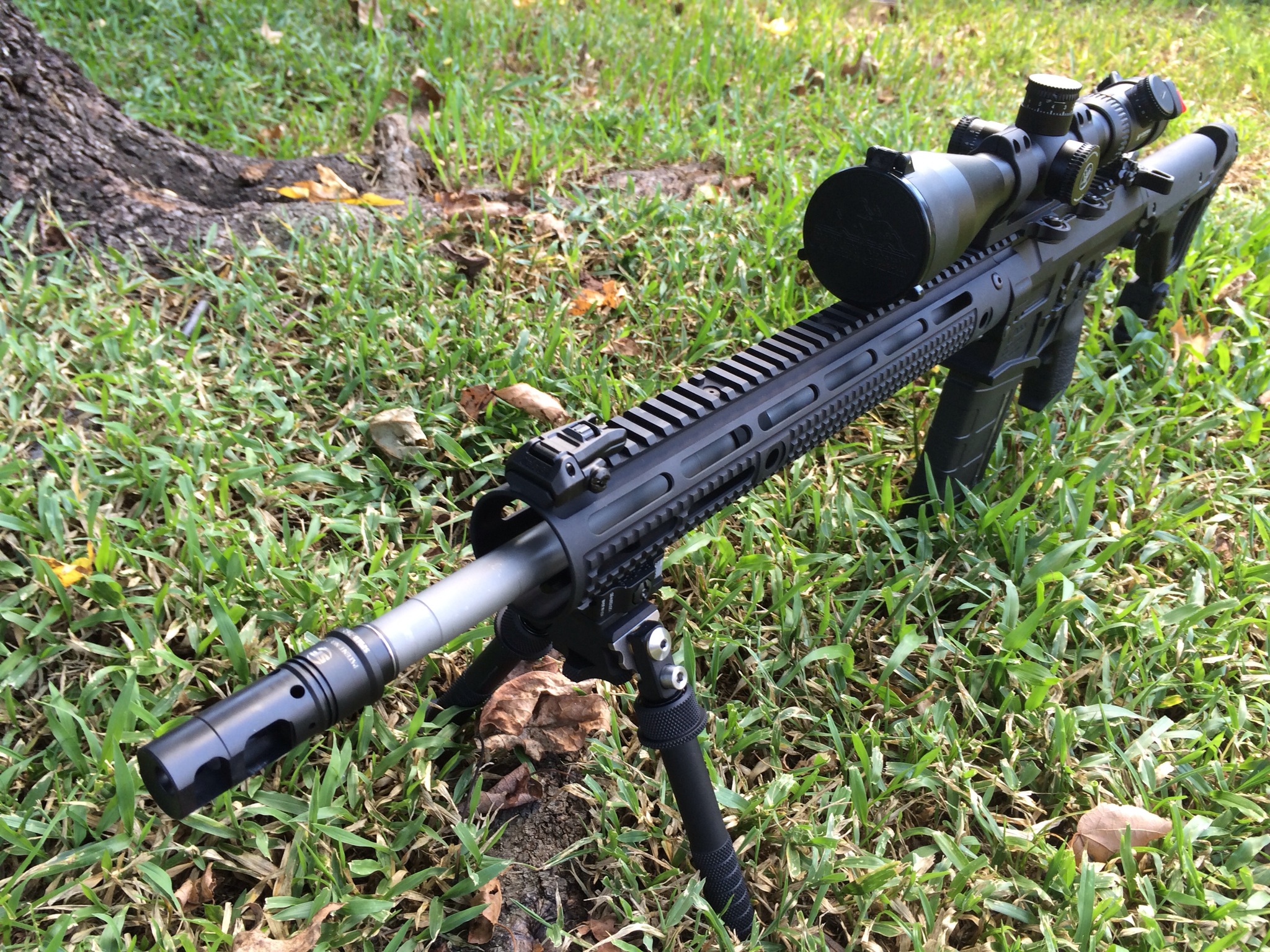 After experiencing ejection issues with the upper receiver on my .308 AR Core30 rifle, the good folks at Core Rifle Systems, true to their “No BS Warranty”, replaced the upper . 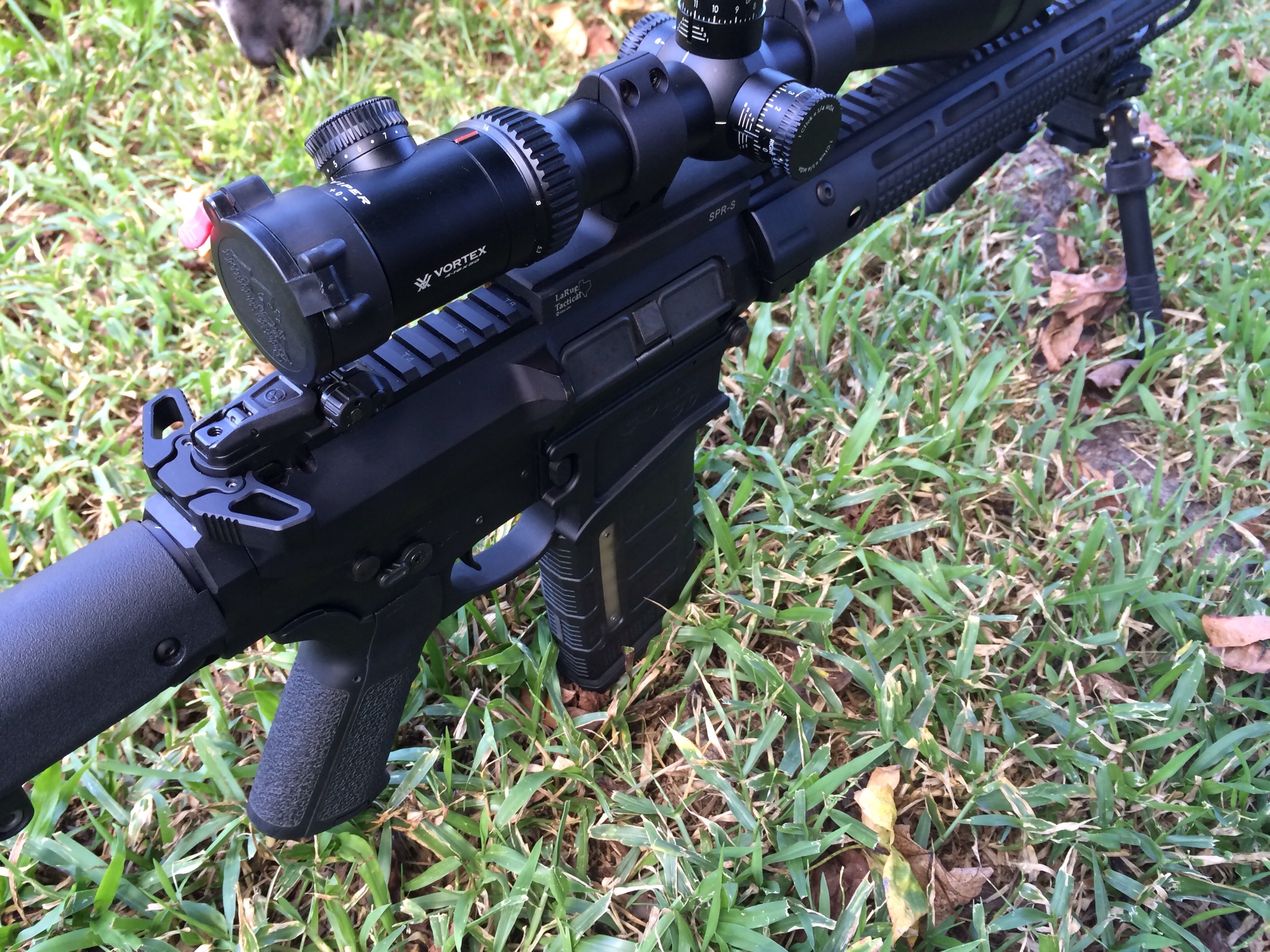 Usually I build my own AR rifles but I have not yet built a .308 type. There were a few things the drew me to the Core Rifle. First was that the machining and finish on the billet receiver set is about as good as you’ll find anywhere. There is zero slop/wobble between the upper and lower. Second was the stock feature set on the Core30 TAC LR. 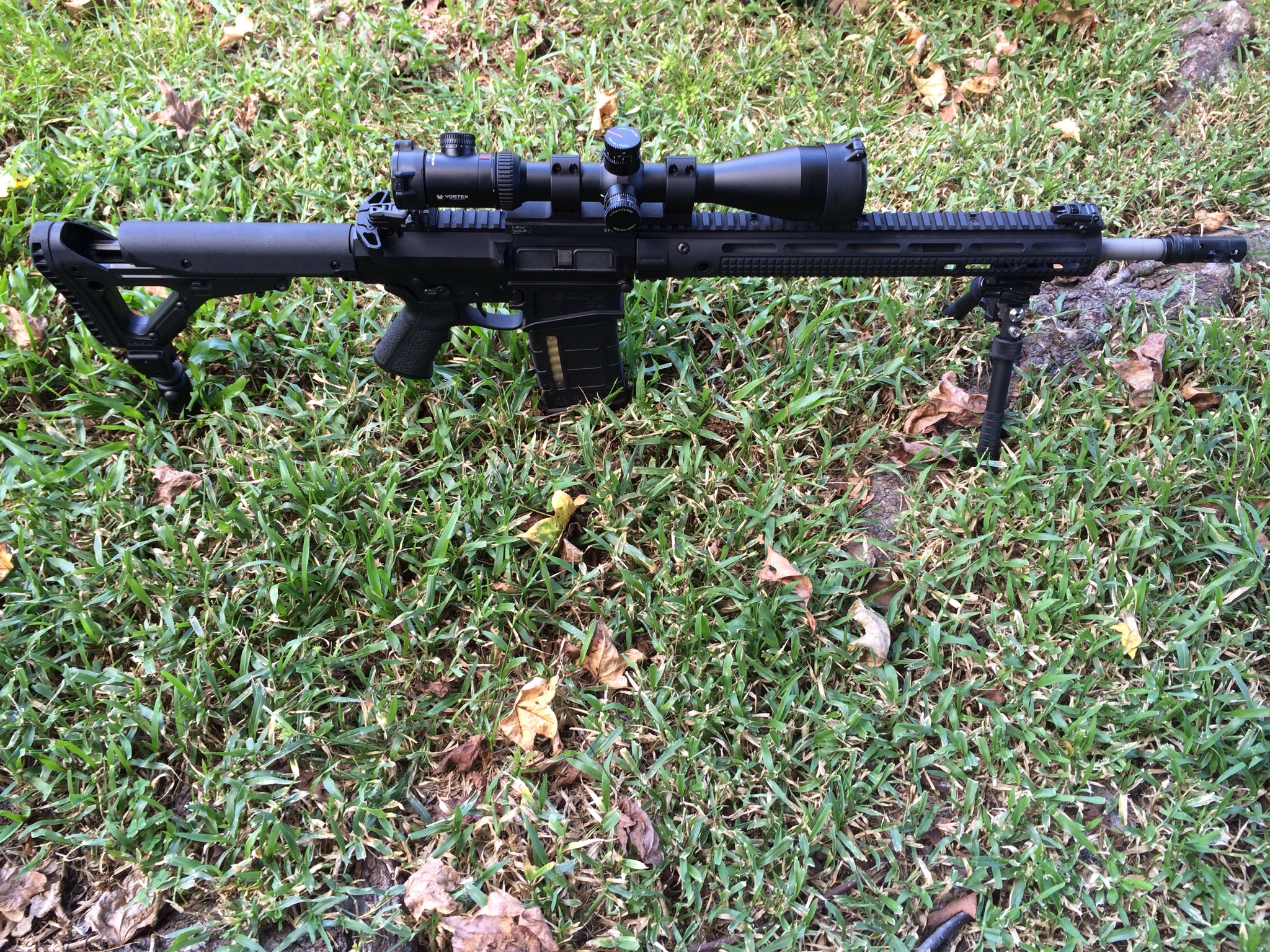 This meant that I would have a bit less work to do and fewer aftermarket parts to purchase to set it up the way I wanted it. The 18″ barrel length puts it in to a happy medium that I hesitate to call a compromise. Short and light enough to work in close quarters but long enough to keep muzzle velocity up in order to reach out to the fuzzier ends of .308 terminal ballistics at range. 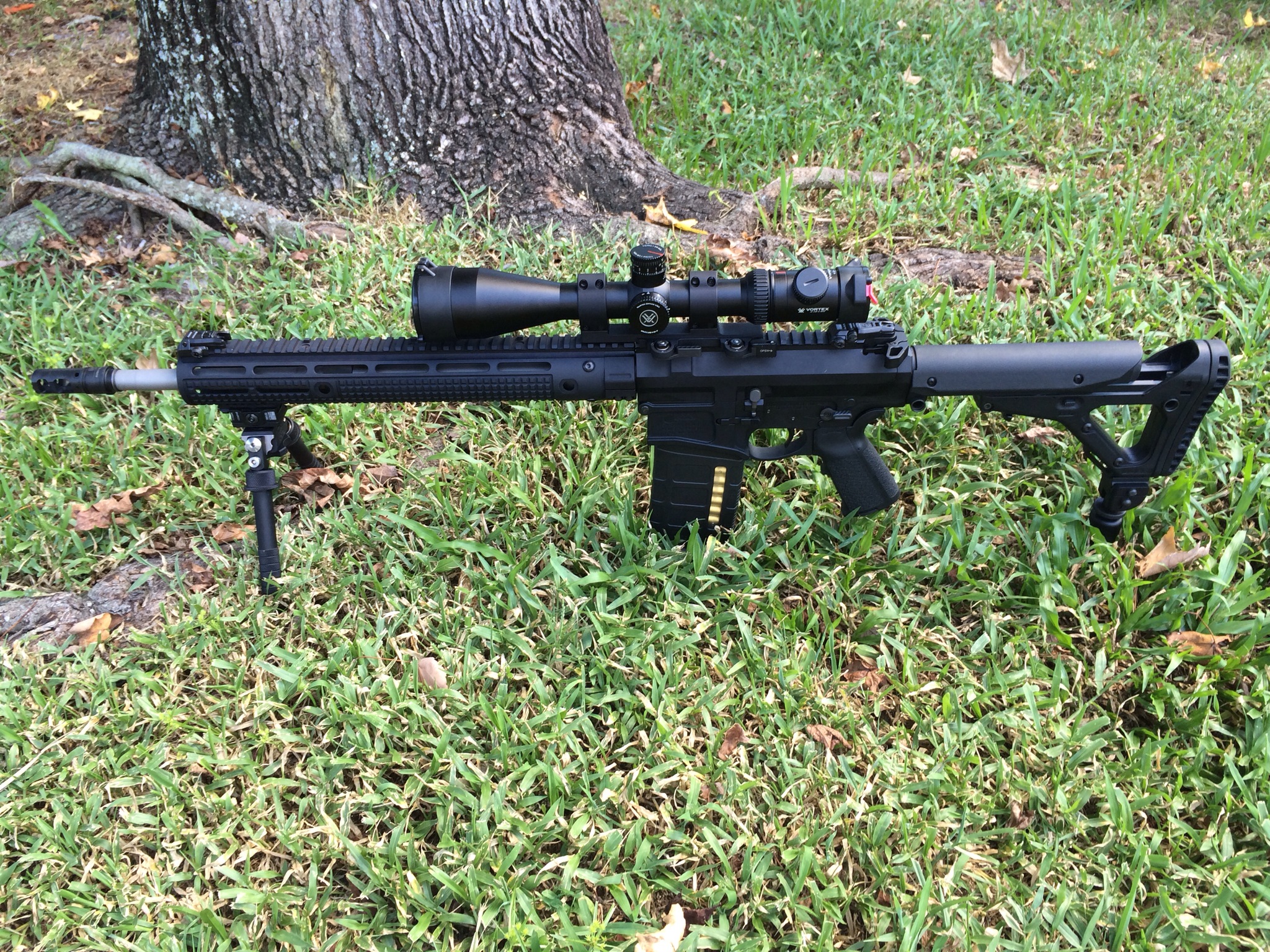 I did pop on a Norgon Ambi-Catch mag release, Battle Arms Dev. ambi-safety, and a Raptor ambi-charging handle. Not that it really needed these upgrades, but I do train weak side and depending on my shooting situation, shooting and manipulating the gun lefty has let me take shots that would have been awkward otherwise. The Seekins Precision mag button improved nothing really… I just think they are pretty.

The addition of a bottom rail section on the handguard and a railed replacement strike plate for the UBR rounded out the changes.

For long range or high accuracy use I attach a QD Atlas bipod, Acco-Shot rear monopod, and a Vortex PST 4-16 x 50 FFP scope in a Larue SPR-S 10MOA QD mount.

The bipod and scope are quick detach and the monopod comes off in a few seconds with a screwdriver. If I’m doing closer range or I’m going to be more mobile, I slide a Magpul AFG on the the front, and either pop up the Magpul MBUS Pro sights or slap on my QD EoTech 553. It will all co-witness but that matters little with a BUIS. I’m either on the sights or they are folded and I’m on the red dot. With the EoTech I keep a 3x Vortex VMX3 magnifier in a Larue QD Pivot mount in my bag or tricks for odd-ball longer engagements while in the short range setup. 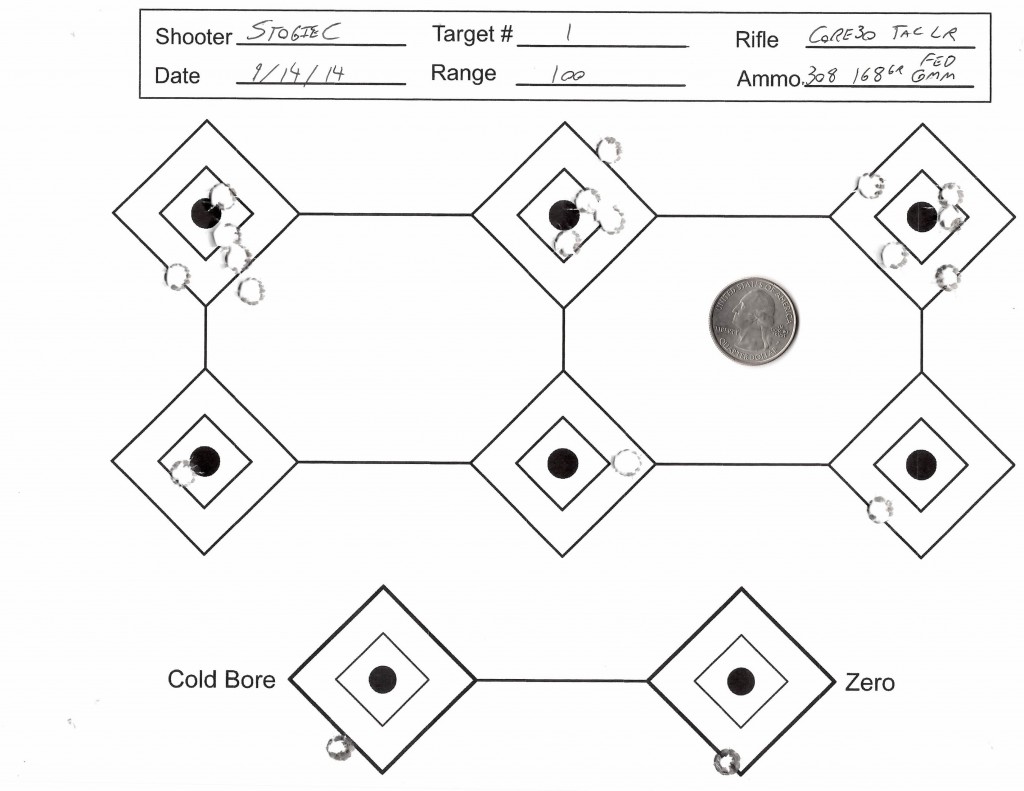 The rifle will shoot sub-MOA groups all day even if I won’t. That’s a tall order for an AR platform .308 that a number of companies have failed to deliver on. Especially at the Core30’s price point. MSRP is $2,800 (minus a penny). Actual street price at your local gun shop is around $2,300 and a quick trip to the usual suspect online shops show at least two sellers offering Core’s flagship at around $1,800. That is a lot a bang for your buck!