“For more than two years now, we have rolled up our sleeves every day to make the difficult but necessary decisions that have reduced the size of our government… and allowed us to live within our means:

We made tough, responsible choices to reduce the size of our government… while maintaining our investments in important areas like police, fire, public works and our downtown core.“ 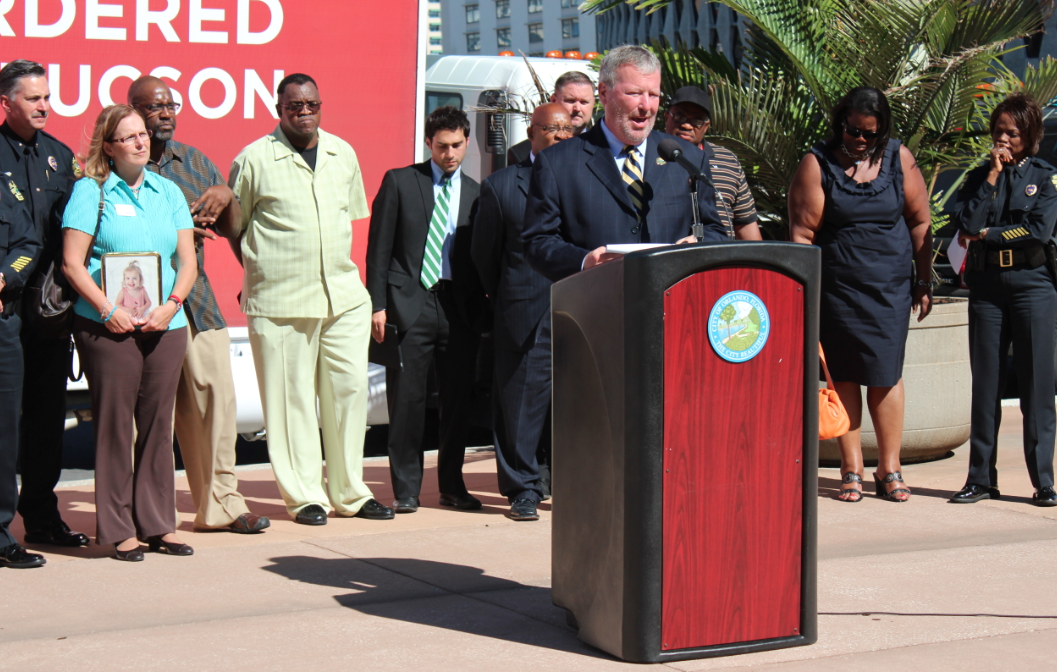 Mayor Dyer went on to say:

“I want our residents to know that their government has made those same, tough spending decisions in these challenging times; and we’ve done so on their behalf.
I want them to see where their money goes… why that spending is important to our City… and how it provides a benefit to them. And…
I want them be proud that they live in a well-run, fiscally responsible city that is as careful with a dollar as they are.”

Does the Mayor of Orlando consider his Taxpayer Funded, MAIG Employed, Brady Campaign Lobbyist, Gun Control Czar to be a Police Official?
Is spending city money on private anti-gun organization employees fiscal responsibility in action?
Does Mayor Dyer really think that spending taxpayer money to support Bloomberg’s Mayors Against Illegal Guns is a spending decision that reflects the values of Floridians?

I think there’s at least one more city position that needs to be eliminated.  Let MAIG and the Brady Campaign employ their own people completely at their own expense.