VT Improved Alerting to an Active Shooter – Only 20 Minutes this time.

There is probably no campus in the country that has done more to prepare for an active shooter scenario than Virginia Tech.  In the wake of the abysmally slow response to another active shooter in 2007 who killed 32 people and wounded 25 others, Virginia Tech and surrounding police agencies vowed to provide immediate response to active shooters at the university and to issue campus wide alerts the instant they become aware of an incident.  They have also steadfastly denied students and faculty to right to defend themselves by lawfully carrying concealed handguns.

On Thursday, December 8th 2011 at 12:16 pm the Virginia State Police responded to the shooting of a university police officer on the Virginia Tech Campus.

Just before 12:30 pm VT Police were notified by a witness that one of their police officers had been shot on campus.  VT police officers were dispatched to the scene of the shooting at that time. 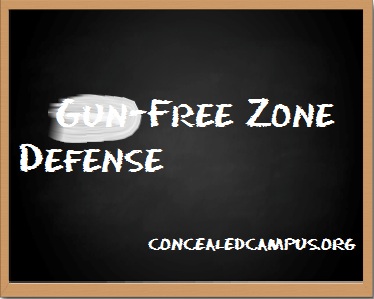 For at least 20 minutes students were blissfully unaware that they were in potential mortal danger and had no effective method of self-defense.  For hours after the alert, students did as instructed, they defenselessly cowered in classrooms praying that they weren’t next on a murder’s agenda.

This makes about as much sense as setting your hair on fire and waiting for the fire department to come put it out…  There are actually people who would force you to wait and burn rather than use a fire extinguisher now.

Update: Some times in the original post were up to 1 min off.  Corrected based on best available data from verifiable sources including twitter time-stamps from the alerts cited.

9 Responses to VT Improved Alerting to an Active Shooter – Only 20 Minutes this time.